Select REC Solar Modules are classified as “Domestic End Products” and may qualify for “BAA” (Buy American) and "ARRA" (American Reinvestment and Recovery Act) projects. Under specific conditions the Free Trade Agreement (FTA) waiver of the Buy American Act (BAA) clause qualifies the REC TwinPeak & N-Peak solar panels for ARRA funding. REC can certify on a per project basis, contact us for more information at (831) 462-8243.

The REC TwinPeak showcased REC’s ability to push the boundaries of the multicrystalline platform and reach panel powers which many industry experts thought impossible with multicrystalline technology. The N-Peak & Alpha series are leading the way with increased power output and improved performance in shaded conditions, enabled by the monocrystalline n-type C-SI solar cells.

The TwinPeak 2 Series uses evolving REC solar panel technologies, including cells from larger wafers (156.75 mm), and five busbars – both firsts for REC products. These are in addition to the power-boosting standard features of TwinPeak panels: Half-cut cell technology, PERC (Passivated Emitter Rear Cell) technology and the split junction box spread across the middle of the panel.

Together, these new developments help the REC TwinPeak 2 Series deliver at least 20 Wp more per panel compared to standard 60-cell multicrystalline panels. Improvements in reflectivity of the rear of the cell with PERT (Passivated Emitter Rear Cell Totally Diffused) and purity of monocrystalline silicon make N-Peak and Alpha solar panels series even more powerful. Learn more about N-Peak solar panels. Take the features of N-Peak and add thin-film technology for the greater efficiency of the Alpha Series. 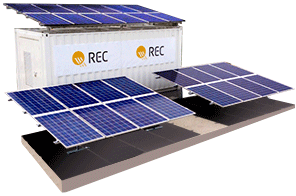 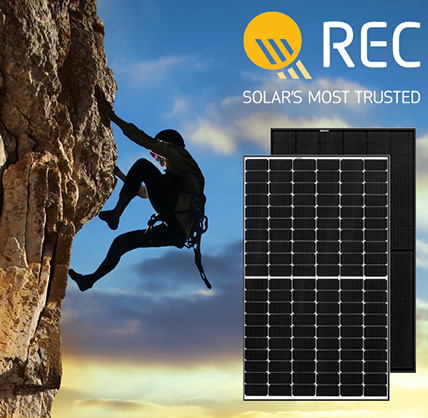 The unique REC ‘Twin’ cell layout design, where the panel is split into two identical and mirrored sections, also enables the continued production of energy, even when part of the module or array is shaded, further contributing to its high energy yields compared to standard panels. Due to the two separate sections, REC split-cell solar panels offer improved performance in certain shading conditions. When half of the solar panel is in the shade, the other half will still generate electricity. This is not possible with traditional modules where the potential power stops at the shade point.

Shaded darker string produces less energy. Bypass diodes remain closed and the shaded string does not contribute to output, while the ‘opposite’ string continues to function

The loss of power generation capacity seen in a standard solar panel on its first exposure to light is known as Light Induced Degradation (LID). This is a result of the combination of boron and oxygen inside a cell and causes a permanent drop in a standard panel’s maximum power. Not with the REC solar panels, however! Through the use of n-type technology, REC’s N-Peak cells stop boron and oxygen from mixing at any level and therefore any occurrence of LID can be fully prevented. This ensures the power of the panel remains the same as when it left the REC factory, meaning customers always get exactly the power levels that they paid for.

Combining n-type solar cells with Zero LID and PERT technology in the REC N-Peak Series has created a high efficiency and powerful solar panel, that helps you make the most of every installation, especially where space is limited. 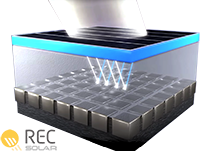 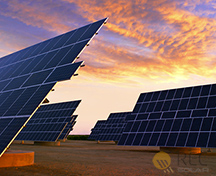 Founded in Norway in 1996, REC is a leading vertically integrated solar energy company. Through integrated manufacturing from silicon to wafers, cells, high-quality panels and extending to solar solutions, REC provides the world with a reliable source of clean energy. REC’s renowned product quality is supported by the lowest warranty claims rate in the industry. REC is a Bluestar Elkem company with headquarters in Norway and operational headquarters in Singapore. REC employs more than 2,000 people worldwide, producing 1.5 GW of solar panels annually.

REC stands behind their warranty thanks to the high quality of products and control of the complete solar value chain. REC Solar is committed to offering customers high performance solar modules with a long-term value. In order to ensure that REC customers have even more power than they have paid for, REC will continue to sort modules by plus five watts. The new linear and workmanship warranty applies to every REC solar panel sold by Solar Electric Supply. Solar Electric Supply only supplies the US Model TwinPeak, TwinPeak 2, TwinPeak 2S 72, N-Peak and Alpha solar panels for our customers in the USA.

We can provide installation, commissioning, engineering support along with mounting and inverter spec sheet information. 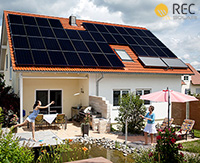